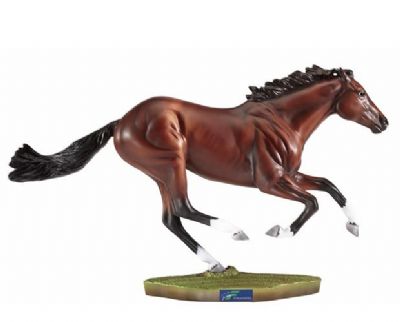 The first horse in sixty years to be crowned champion at two, three and four years old.

In three seasons of racing and fourteen races Frankel was unbeaten.
World’s Highest Rated Race Horse
Officially ranked the world’s best Thoroughbred racehorse, the first horse in 60 years to have been crowned champion at two, three and four years of age and the European record-holder for consecutive Group 1 wins. In three seasons of racing and 14 races Frankel could not be beaten. After his amazing racing career, Frankel retired in 2012 to his birthplace at Juddmonte Farms nearNewmarket to begin his new life as a stallion. He covered his first mares in 2013 and his first foals will begin racing in 2016.

WHY NOT PURCHASE FRANKEL WITH HIS OWN HAND MADE WOODEN STAND FOR JUST £40.00! 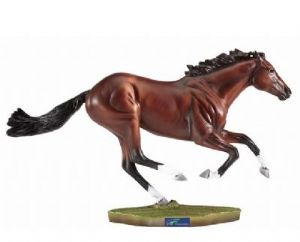