Welcome to my latest blog! I have always had a lifelong interest in the royal family and love the magnificent parades of our heritage carriages and military displays that we do with such precision. Of course, Her Majesty has always been someone I have followed for her horsey interest. She is best known for her racehorses but did you know she has many other tines to her horsey pitch fork?

With the Queen’s Platinum Jubilee celebration being upon us I thought I would point you toward some of Breyers ‘royal’ offerings of sorts! 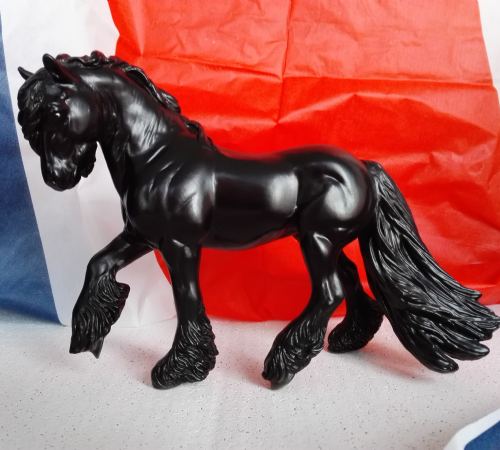 I think I should start with the Queens own Fell Pony Carltonlima Emma. She was bred Mr R Sandham at Carltonlima Stud near Leeds, North Yorkshire and has been a favourite mount for Her Majesty. Carltonlima Emma is now 23 years old and recently appeared at the Queens Platinum Jubilee Celebration much to Her Majesty’s delight. The Queen is a patron of the Fell Society and when Breyer made a portrait mould of ‘Emma’ a portion of the proceeds went to the Fell Society. She was sculpted by Kathleen Moody and was available from 2015-2020 as mould number 9177. 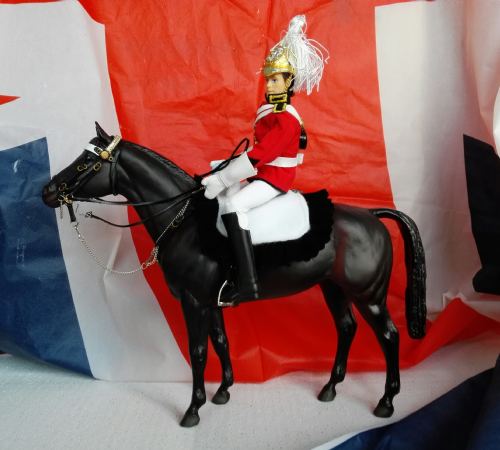 I just love watching our Military parades and in particular Trooping the Colour. I just had to have Breyer’s model of the Life Guards of the Queens Household Cavalry included! This was model number: 3368 and was sculpted by Chris Hess with a Limited Edition of 5,000 and was available in 2003. 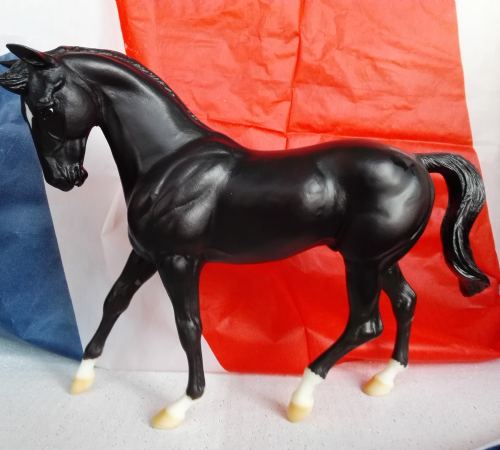 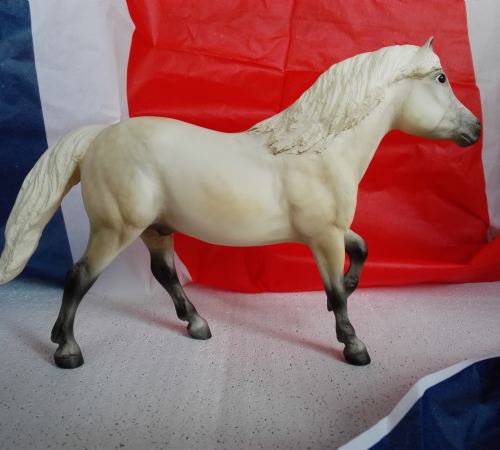 Perhaps not as well known is the Queens interest in Highland ponies which she breeds at her stud n her Balmoral estate. .She always names them herself with a theme each year, birds, islands, or biblical names. Many of the ponies have nicknames and she loves to hear how they came about and even adopts them herself! Not strictly a ‘Royal’ pony but I thought that the Chriss Hess sculpted Highland Pony which was released as part of the Best of British Breeds was rather appropriate. Mould number: 9169 available from 2015-2016.

Enjoy your Platinum Jubilee Celebrations, until next time….

Model Horses for Mental HealthHorses in My Life - Broken Rail